Research evidence reports CBD provides relief from the symptoms associated with a diagnosis of Parkinson’s disease. In this audio clip I offer a general overview of the research evidence. Studies report positive outcomes for a variety of symptoms.

Many companies have rushed into the business of selling CBD oil now that it has become legal in most US states and countries. This has resulted in poor quality and questionable products that falsely claim concentrations. The bottle says 300 mg. The contents only have 25 mg or less.

Early research on CBD oil using Parkinsons subjects found a minimum concentration of 300 mg was needed to produce positive results. If you have tried a concentration of anything less than this, it is likely you would have been disappointed in the outcome. And again, you may have bought a CBD product claimed to contain 300 mg which may have contained far less than the actual contents.

The company I recommend does laboratory testing on its products to insure that the advertised concentrations are what is delivered. They have also patented a formulation of CBD oil that dramatically increases it bioavailability. This means you can take less to get desired results. The supply thus should last 2 to 3 times longer. Click below for more information about the CTFO CBD oil.

CBD is an abbreviation for cannabidiol oil. It is derived from an extraction process using either the Hemp plant or the Marijuana plant. Extracting CBD allows a consumer the medical benefits of medical marijuana without the high that is associated with THC. CBD in itself has no psychedelic properties and is considered safe for consumption.

Use of CBD offers symptomatic suppression of Parkinson’s symptoms much like medications and supplements. If your symptoms are to the point of interfering with an ability to live a full and vibrant life, then you clearly do not have the energy, focus or motivation to formulate a realistic healing program. The initiative needed to kick start a recovery program is impossible to launch when you are feeling lousy. Use of CBD may just provide the kick start you need to launch a successful journey down the road to recovery.

Research (summarized below) suggests that use of CBD may well offer the opportunity to get temporary relief from symptoms. This is a valuable benefit in itself. When energy, focus and motivation return, the business of taking the actions necessary to heal from the inside out can begin at long last.

Anecdotal reports I have heard from users of CBD oil are generally in line with the research evidence reported below.

Research on CBD and Parkinson’s

Scientific studies are reporting a wide variety of positive health benefits. CBD has been found to be helpful to the endocannabinoid system. Many scientific discoveries link poor health to endocannabinoid deficiencies.

Studies have found positive effects for the use of CBD on anxiety, stress and PTSD. You can find these studies listed at: pubmed.com (the US government’s index of scientific studies). Search and the terms “CBD and anxiety.”

Below are listed abstracts from studies that have studied the effects of CBD on subjects who currently experience Parkinson’s symptoms.

Background: Cannabidiol (CBD) is one of the main components of Cannabis sativa and has anxiolytic properties, but no study has been conducted to evaluate the effects of CBD on anxiety signs and symptoms in patients with Parkinson’s disease (PD). This study aimed to evaluate the impacts of acute CBD administration at a dose of 300 mg on anxiety measures and tremors induced by a Simulated Public Speaking Test (SPST) in individuals with PD.

Methods: A randomized, double-blinded, placebo-controlled, crossover clinical trial was conducted. A total of 24 individuals with PD were included and underwent two experimental sessions within a 15-day interval. After taking CBD or a placebo, participants underwent the SPST. During the test, the following data were collected: heart rate, systemic blood pressure and tremor frequency and amplitude. In addition, the Visual Analog Mood Scales (VAMS) and Self-Statements during Public Speaking Scale were applied. Statistical analysis was performed by repeated-measures analysis of variance (ANOVA) while considering the drug, SPST phase and interactions between these variables.

Conclusion: Acute CBD administration at a dose of 300 mg decreased anxiety in patients with PD, and there was also decreased tremor amplitude in an anxiogenic situation.

Parkinson’s disease (PD) and L-DOPA-induced dyskinesia (LID) are motor disorders with significant impact on the patient’s quality of life. Unfortunately, pharmacological treatments that improve these disorders without causing severe side effects are not yet available. Delay in initiating L-DOPA is no longer recommended as LID development is a function of disease duration rather than cumulative L-DOPA exposure.

Manipulation of the endocannabinoid system could be a promising therapy to control PD and LID symptoms. In this way, phytocannabinoids and synthetic cannabinoids, such as cannabidiol (CBD), the principal non-psychotomimetic constituent of the Cannabis sativa plant, have received considerable attention in the last decade.

In this review, we present clinical and preclinical evidence suggesting CBD and other cannabinoids have therapeutic effects in PD and LID. Here, we discuss CBD pharmacology, as well as its neuroprotective effects and those of other cannabinoids. Finally, we discuss the modulation of several pro- or anti-inflammatory factors as possible mechanisms responsible for the therapeutic/neuroprotective potential of Cannabis-derived/cannabinoid synthetic compounds in motor disorders.

Current pharmacotherapy of Parkinson’s disease (PD) is palliative and unable to modify the progression of neurodegeneration. Treatments that can improve patients’ quality of life with fewer side effects are needed, but not yet available.

Cannabidiol (CBD), the major non-psychotomimetic constituent of cannabis, has received considerable research attention in the last decade. In this context, we aimed to critically review the literature on potential therapeutic effects of CBD in PD and discuss clinical and preclinical evidence supporting the putative neuroprotective mechanisms of CBD.

We searched MEDLINE (via PubMed) for indexed articles published in English from inception to 2019. The following keywords were used: cannabis; cannabidiol and neuroprotection; endocannabinoids and basal ganglia; Parkinson’s animal models; Parkinson’s history; Parkinson’s and cannabidiol. Few studies addressed the biological bases for the purported effects of CBD on PD.

Background: REM sleep behaviour disorder (RBD) is a common non-motor feature of Parkinson’s disease (PD). Cannabidiol (CBD) is one of the main non-psychoactive components of Cannabis sativa and may represent an alternative route for treating RBD.

Objective: This study assessed the efficacy and safety of CBD for RBD in PD.

Methods: We conducted a phase II/III, double-blind, placebo-controlled clinical trial in 33 patients with RBD and PD. Patients were randomized 1:1 to CBD in doses of 75 to 300mg or matched capsules placebo and were followed up for 14 weeks. The primary outcomes were the frequency of nights with RBD, CGI-I, and CGI-S.

Results: CBD showed no difference to placebo for primary outcomes. Regarding secondary outcomes, we observed a significant improvement in average sleep satisfaction from the 4th to 8th week in the CBD versus placebo group with P = 0.049 and P = 0.038, respectively.

Conclusion: CBD, as an adjunct therapy, showed no reduction in RBD manifestations in PD patients. A transient improvement in sleep satisfaction with a dose of 300mg has been noted.

Effects of cannabidiol in the treatment of patients with Parkinson’s disease: an exploratory double-blind trial.

J. Psychopharmacol. 2014 Nov;28(11):1088-98. Effects of cannabidiol in the treatment of patients with Parkinson’s disease: an exploratory double-blind trial.

Twenty one (21) subjects were assigned to three groups of seven subjects each who were treated with placebo, cannabidiol (CBD) 75 mg/day or CBD 300 mg/day. One week before the trial and in the last week of treatment subjects were evaluated with respect to  motor and general symptoms score (UPDRS) and well-being and quality of life (PDQ-39).

No statistically significant differences were found in UPDRS scores. Despite the very small sample size, groups treated with placebo and CBD 300 mg/day had significantly different mean total scores in the PDQ-39 (p = 0.05). Significance is very much a factor of sample size, so this result is striking in itself. Findings suggest a possible effect of CBD in improving quality of life measures in PD patients with no psychiatric comorbidities.

The administration of cannabidiol (CBD) was found to control sleep disorders in patients who currently experience the symptoms of Parkinson’s disease as reported in the Journal of Clinical Pharmacy and Therapeutics. An international team of researchers from the University of Sao Paulo in Brazil and the University of Minnesota Medical School USA evaluated the ingestion of CBD by four Parkinson’s disease patients with REM sleep behavior disorder (RBD). This condition is characterized by nightmares and active behavior during dreaming.

Cannabidiol treatment reduced symptoms in each of the four subjects. Symptoms returned with the same frequency and intensity following subjects’ discontinuation of the cannabinoid.

The CBD treatment options seems to be a good one to consider, especially if you are having significant challenges with functioning on a day to day basis. There is research on the use of CBD that address problems related to trauma, anxiety post traumatic stress – all of which lie at the core cause of neurological difficulties.

As with any natural treatment option, be sure to check with your doctor to insure that use of CBD will not interfere with any treatments your doctor has prescribed for you. 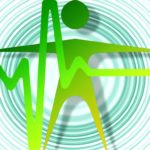